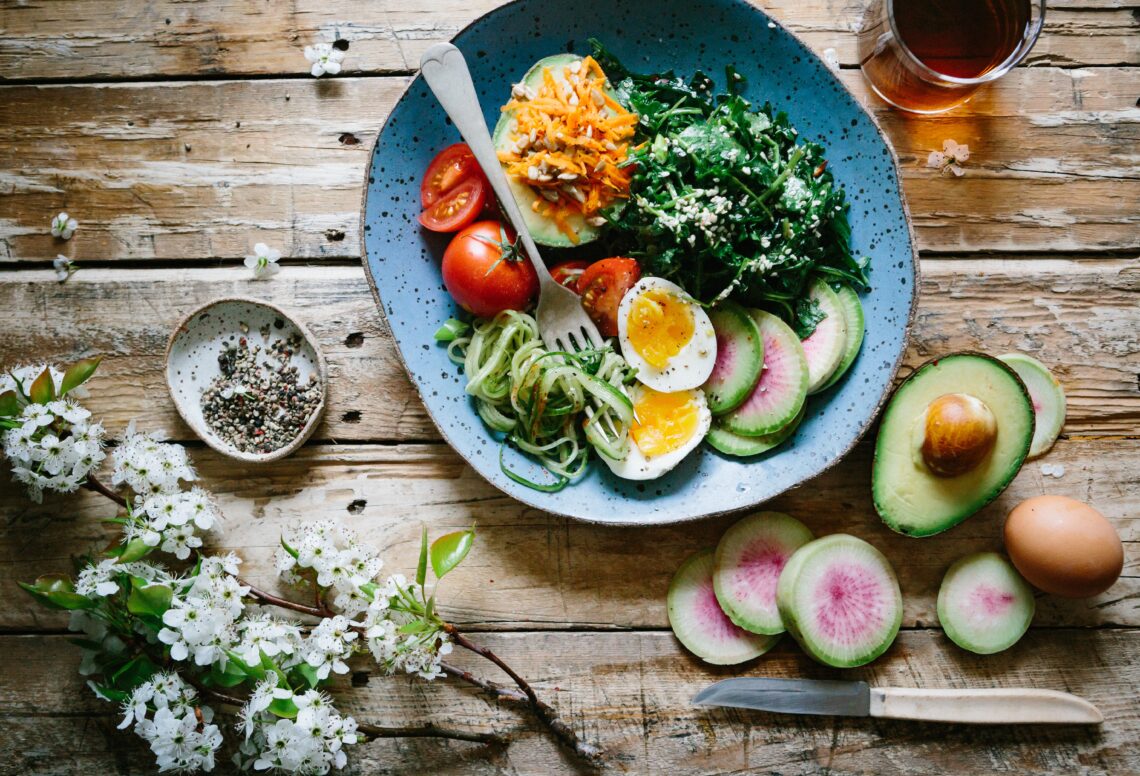 You want to lose weight and you know going low carb will get results, but a long term keto diet is just not for you – you just can’t live without your sourdough/rice/pasta, sound familiar? There is a solution that lets you enjoy your carbs and still lose weight – it’s known as carb cycling. It has been the secret of bodybuilders and endurance athletes for ages, but now carb cycling is making it into the mainstream.

In a nutshell, carb cycling is all about taking a flexible approach to a low-carb way of eating, to achieve weight loss and other health benefits while avoiding the downsides of gong too low carb such as constipation.

What is carb cycling?

Carb cycling involves swapping between days when you’re eating carbohydrates in normal quantities and days when you’re eating not very much or none at all. A normal quantity might mean you include a source of carbohydrate at each meal, such as porridge for breakfast, a wrap for lunch and rice for dinner. A low carb day might mean you eat no more than a couple of crackers, so eggs for breakfast, a lettuce wrap for lunch and cauliflower rice for dinner.  You can alternate the days or you can have a run of low-carb days followed by a run of higher-carb days. Carb cycling gives you the best of both worlds – you can satisfy carb cravings while still getting the benefits of a low carb lifestyle.

Restricting carbs has been shown to be beneficial to health. A low carb diet has been proven to help you lose weight, improve insulin sensitivity, lower blood pressure and improve heart health.

It all hinges on the way your body uses carbs. Once digested, the body breaks down carbohydrates into blood sugar (glucose) to burn as fuel. By drastically cutting down on carbs your body turns to fat for fuel instead, burning off your fat stores more easily. This aids weight loss, lowers insulin levels and may even help to reverse type 2 diabetes. However, a long-term low carb diet is too restrictive and unsustainable which is why carb cycling becomes an attractive option.

A study published in the British Journal of Nutrition reported the benefits of carb cycling. It compared women put on diets with the same calorie restriction each week. One group had two very low-calorie and low-carb days so they could have a bigger allowance on the other five days. This group lost more body weight and body fat than the women who had to stick to a smaller calorie restriction seven days a week. Researchers also found that carb cycling group had improved insulin sensitivity, reducing their risk of diabetes.

How to do carb cycling

There are no hard and fast rules when it comes to carb cycling, you can choose a schedule that suits you. Many people follow the so-called classic approach of alternating low and high carb days over six days, ending with a reward day on day seven. Keep your protein intake constant but on low carb days you’ll need more fat than on higher carb days. This could mean substituting your cereals and breads for foods like avocados, nuts and seeds, nut butters, hummus and coconut.

Low carb might mean eating 1g of carbs for every kilo of your body weight, so a woman of an average weight and build would be looking at around 60-70g per day, equivalent to a serving of pasta. In the BJN study, the carb cycling participants had only 40 grams of carbs on their low-carb days, which is equivalent to a plain bagel.

It’s still best to prioritise healthy carbs on your high-carb days. While carb cycling gives you the chance to be flexible with occasional treat, it’s not a green light to down a doughnut.

Some of the healthiest carbs are:

Does carb cycling have side-effects?

Because our bodies are so used to carbohydrates some side-effects of cutting down are expected.You might experience headaches and low energy levels, or an upset tummy,but these side-effects won’t last as you get used to a lower carb intake. You can help yourself by drinking lots of water and taking it easy for a few days.

Temporary side-effects may include:

Who shouldn’t you carb cycle?

Carb cycling can be an extreme change to your diet, so it won’t suit or be safe for everyone. Check with your doctor or dietitian if you’re not sure you should try it. You shouldn’t carb cycle if you:

Carb cycling may be a useful tool for those trying to lose weight and may also have additional health benefits such as lowering insulin levels.

The individual mechanisms behind carb cycling are supported by research. However, the long-term effects still need investigation.

Rather than chronic low or high-carb diets, a balance between the two may be beneficial from both a physiological and psychological perspective.